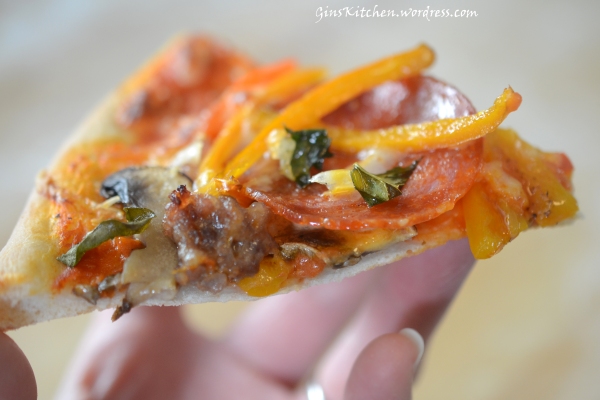 It was Super Bowl night.   Super Bowl Sunday still holds the record for most pizza delivered in a single day.  Studies showed that 1.25 billion chicken wings would be consumed and 29 million slices were projected to sell on Super Bowl Sunday.  I’m not surprised as almost 95% of Americans planned to watch the Super Bowl.  Today, I joined the party (not to watch the game but make my own pizza)!  The pizza dough and pizza sauce were made from scratch.  The sauce recipe was adapted from KitchenTreaty and was made with fresh tomatoes.  I can taste its freshness. 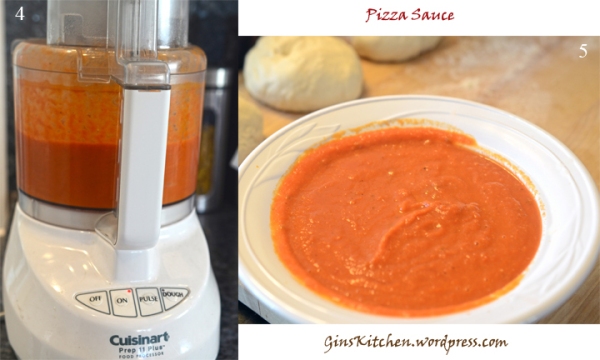 ** I made my pizzas with the above ingredients, of course you can add anything you want to your pizza, such as ham, BBQ chicken, even Kimchi.